DO YOU TRUST ME? 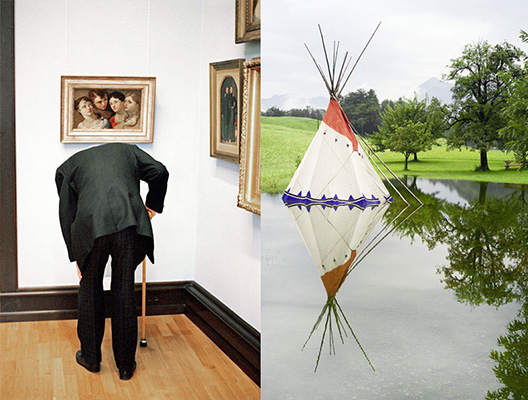 The Shaikh Ebrahim bin Mohammed Al Khalifa Center for Culture and Heritage is pleased to announce a series of photography lectures and workshops under the title “DO YOU TRUST ME?”

Please register and apply at binmatarhouse@gmail.com
– Register for the public and free talk on 17 November 2016, 6-8pm
– Apply and pay for the two-day workshop, 18 and 19 November 2016. This workshop also includes a one-on-one critique session for project development on 10 December 2016

Please find further details on the lecture and workshop attached. For any questions, please email binmatarhouse@gmail.com

DO YOU TRUST ME?
A photography project by the Shaikh Ebrahim Center (Bahrain) and the Goethe-Institut Gulf Region

Designed by the Goethe-Institut Gulf Region in cooperation with expert photographers and curators for photographic art exhibitions, DO YOU TRUST ME? is a photography project that questions the authenticity and reality traditionally associated with the medium of photography. The concept refers to the highly developed and widely used technical means of editing photographs and critically examines ethical questions that arise in this context. DO YOU TRUST ME? has a critical look at photographs, questioning the credibility and rendition of reality in photography both in journalism as well as in art. In times of social media and fast moving news, photographs and short videos are circulating at an uncontrollable speed.
This development challenges and changes traditional journalism as well as the traditional understanding of art. Today the beholder of a picture has to ask more and more if one can trust what one sees. This leads to the workshop title DO YOU TRUST ME?, asked from the perspective of the picture to any beholder.

LECTURE AND WORKSHOP DETAILS – NOVEMBER/DECMBER 2016
Public lecture with Stefan Stark
Thursday, 17 November 2016, 6-8pm, Heraf Al Diyar (opposite Shaikh Ebrahim Center)
– Presentation followed by discussion –
Stefan Stark, founder and co-editor of ALBUM magazine on photography, gives an overview on the development of art photography and explains with works of renowned photographers what elevates them to the level of art and how their creation influences our perception of reality. Is it possible for a photographer ‘not to construct’ or can a photographer decide consciously against the construction of reality? How does a photographer influence reality through depicting a scene and what are the consequences? To what extent does the observation of reality flow back into reality? What are the consequences of manipulation/depiction of reality and how does it influence reality when the viewer believes what he sees in the images? What does this tell us about ourselves as observers?

Workshop: Do you trust the familiar?
With Julia Baier, Photographer/Lecturer and Stefan Stark
Friday and Saturday, 18 and 19 November 2016, 9.30am-1pm and 2-5pm, location to be confirmed
The workshop takes a second look at seemingly familiar settings – a second look at photography and the participants’ own immediate surroundings and daily life.
Prior to the workshop each participant is asked to develop a photographic series within 200 meters of their own home, that—for them—relates to the question “Do you trust me?”
The photos might be portraits of friends and people, a photo documentation of the life in a shop across the street, or other random observations which try to uncover the unusual in the everyday. The project may consist of the participants´ own photographs but could also incorporate other photographic content (images found in publications, family pictures, news clippings, social media content, etc.). The underlying theme should be related to how you trust what you see in the photos of your direct environment in a broader sense.
Over the course of the two day workshop Julia Baier and Stefan Stark will offer an in-depth platform for participants to discuss and further their photographic projects. On the basis of their series the group will explore a number of issues such as what role trust plays in photography? What constitutes a photographic series? How do they relate to single pictures? How can the perception of images be altered? How do different pairings and layouts shape and influence a series’ message?

SPEAKERS AND WORKSHOP INSTRUCTORS
Julia Baier (www.juliabaier.de) comes from Augsburg, Bavaria/Germany. She first studied psychology, French and arts at Bremen University from 1991 to 1995 and then photography from 1995 to 2002. In 1998 she started as a freelance photographer and was appointed lecturer for photography at the Karlsruhe University of Arts and Design. She now lives and works as a freelance photographer in Berlin. She has exhibited her photographs in numerous national and international group and solo exhibitions. Her works won multiple awards and granted her various stipends. Julia currently works for different national and international agencies, magazines and newspapers and has already released several books.

Stefan Stark (www.stefanstark.works) is a graduate of the Hochschule für Gestaltung Offenbach/University of Art and Design. His academic education from 2006 to 2012 focused on art and photography and he graduated with distinction. Since 2010 he is the Co-publisher & Editor of Album, Magazin für Fotografie/Magazine for Photography (www.albummagazin.de). His work was presented in solo exhibitions in Germany and in New York, as well as in group shows in Germany, New York and Taiwan. He is a frequent speaker at photography conferences and has received several awards and stipends for his work.