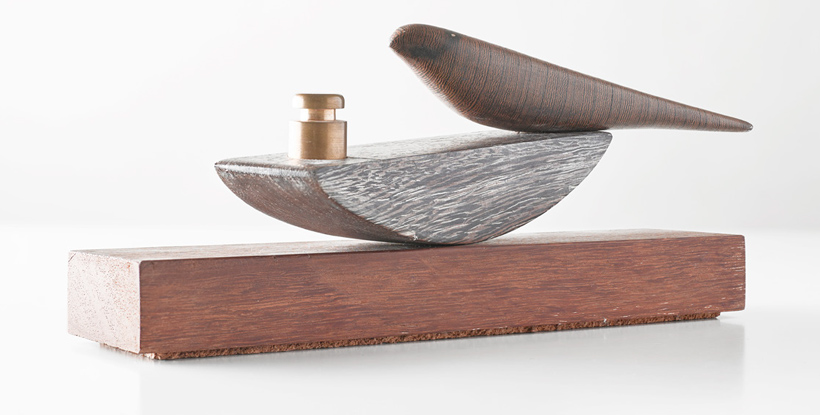 The Shaikh Ebrahim bin Mohammed Al Khalifa Center for Culture and Research is pleased to announce the exhibition “Paradise Lost” by Bahraini artist Khalil Al Hashimi.
The exhibition will preview on Sunday, 11 March 2018, at 7pm at the Bin Matar House in Muharraq, Bahrain.

“Paradise Lost” is an exhibition by Bahraini sculptor Khalil Al Hashimi, which will take visitors on a retrospective journey through the metamorphic stages of his work spanning five decades. The exhibition title is inspired by the story of Adam and Eve, which is a symbolic representation of the severed umbilical cord between mankind and the divine. Man’s disobedience to his creator by eating the forbidden fruit has him expelled from the Garden of Eden. The fallen man is left to toil the earth and experience suffering through many ways. But God’s mercy and compassion extends through time, offering a path to redemption. His grace can be earned – salvation attained. He has not completely abandoned his creation. An elusive link still exists; this is what creates the search for meaning, the touching of something beyond the physical.

Khalil Al Hashimi holds a Master’s degree in Sculpture from the Academy of Fine Arts, Leningrad. A member of the Bahrain Fine Arts Society, his works have been exhibited across the Gulf region and internationally. His career, spanning five decades, has earned him several awards, leading to the GCC presenting him with a life time achievement award for his great contribution towards the visual arts. His works are as versatile in material as they are in the concepts that drive them. His vision transforms the nonphysical into the physical, reducing an idea to its bare elements. He is known for doing this with his iconic bird sculptures, transporting us from the material to the ethereal. The elegance of composition and superior craftsmanship make his works seem graceful and almost floating, despite being made of heavy materials like stone or metal.